The song was heard during the scene in the locker room as Roy is hugging Jamie after he has had enough of his poisonous father and punches him in the face.


And, when I heard the track, it struck me George Harrison’s ‘Beware of Darkness‘ is also an apt song for what hundreds of millions of us are facing right now from our out-of-control governments.

Crazy and medical freedom-removing vaccine mandates, mask mandates suffocating our children while they try to learn, ineffective lockdowns that are destroying millions of small businesses, and all the other bullshit our governments are currently pushing in the name of ‘safety’.

As George Harrison himself explained in ‘Beware of Darkness‘, stop allowing illusion (and, in our case, authoritarianism disguised as the illusion of ‘Covid safety’) to impact your life, or to take you away from your true purpose.

And that’s my political rant over with for today. 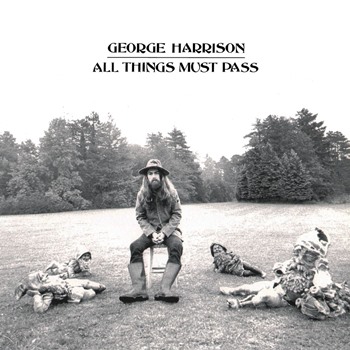 As for George Harrison’s ‘Beware of Darkness‘, it was written by the British musician after becoming involved with the Hare Krishna religious organization in the mid-1960s. A religion whose beliefs the musician adhered to for the rest of his life.

The song was originally released on his triple album All Things Must Pass, and in the lyrics warns people against those I have just complained about — “greedy leaders” aka politicians, who seek to fool them and corrupt them.

“Beware of greedy leaders/they take you where you should not go“.

Listen to George Harrison’s ‘Beware of Darkness‘ as heard on Ted Lasso last night on his album All Things Must Pass, and then play that song on repeat as you vow to fight against this tyranny.