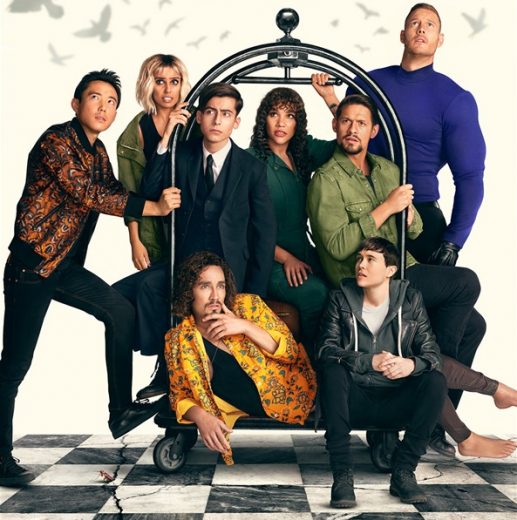 Scottish singer songwriter Gerry Cinnamon’s ‘Sometimes‘ was played during the opening of the first episode of the newest season of the comic book series The Umbrella Academy on Netflix this week — The Umbrella Academy, Season 3, Episode 1, “Meet the Family“.

Gerry Cinnamon’s ‘Sometimes‘ is from his debut studio album Erratic Cinematic (listen below), which came out in September, 2017 via the Little Runaway indie record label, and then hit #17 on the UK Albums chart.

The album also hit #7 on the Scottish Albums chart.

‘Sometimes‘ was the second single from that album.

And I was thrilled to hear Cinnamon’s song played on The Umbrella Academy, as he is one of the few British singers to come out against the marketing the mainstream media industry does of artists who are simply not talented.

Marketing that often pushes those singers/bands into worldwide success, despite the fact that much of what they are releasing is garbage.

Cinnamon is also an artist who has gained most of his success from his own marketing and hard work, and not due to a major record label pushing his work.

Listen to Gerry Cinnamon’s ‘Sometimes‘ as heard on the new season of The Umbrella Academy on his album Erratic Cinematic, and in the song’s music video below.

A video that concentrates as much on how the audiences at his concerts are having a blast than it does on Cinnamon performing the track.

And can I just say, man, that head-bobbing guitar intro is cool and that’s a helluva catchy song. Now I’m off to add it to my Spotify ‘Liked Songs’, so I can play it again and again.

Watch The Umbrella Academy via Netflix, and learn more about Cinnamon on his official website.