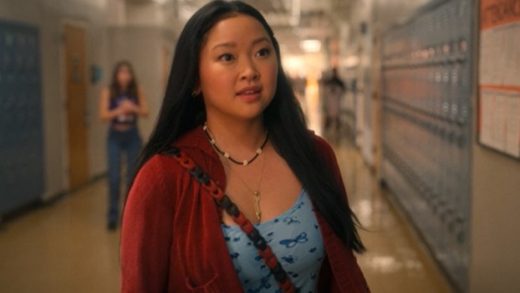 American electro pop singer songwriter Gigi Rowe’s ‘You Me and the Stars‘ was played on Episode 3 of the just-released Netflix teen comedy Boo, Bitch this week — Boo, Bitch, Episode 3, “Payback’s a Bitch“.

Husky-voiced Rowe and her song were heard on the show as Erika and Gia are at school, and as Erika walks towards Jake meaning to kiss him.


Until she realizes, once she finishes her ‘unfinished business’, she will officially die and leave Gia behind forever.

Gigi Rowe’s ‘You Me and the Stars‘ was released as the singer’s latest single last month.

Rowe herself has been creating music since 2003 when she released her self-titled debut studio album on the Engine Company Records label.

Since then, she has also recorded and released several EPs, several singles and two more studio albums.

Listen to Gigi Rowe’s ‘You Me and the Stars‘ in the video, and on the Spotify player.

The song itself is upbeat and cool and, man, I love her voice.