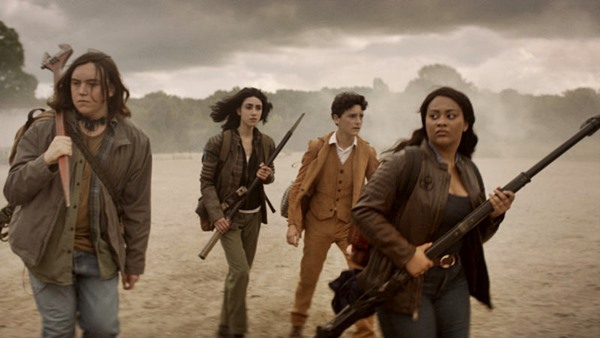 The gorgeous instrumental track was heard at the end of the episode in that poignant scene as Elton is wrapping up the events of the series.

Goldmund’s ‘Respite‘ is from his 15-track album The Time It Takes, which was released in 2020 via indie label Western Vinyl.

Goldmund, aka composer Keith Kenniff, has been creating quite intimate music for almost 20 years now, with his work attracting more and more attention from music supervisors working on some of the United States’ and Britain’s most popular shows.

‘Respite‘, for instance, is one of a number of tracks the Pennsylvania-native has had licensed for popular TV shows in the last couple of years, including shows like Bad Seeds, After Life (several songs), The Good Doctor and Top Gear (UK).

Listen to Goldmund’s ‘Respite‘ as heard on The Walking Dead: World Beyond.on his The Time It Takes album and on the video down below.

It is a lovely and quite sad piano-driven piece of music, but absolutely perfect for last night’s scene.

You can grab Goldmund’s album via Bandcamp. And yes, the other tracks on it are equally as beautiful as ‘Respite‘.