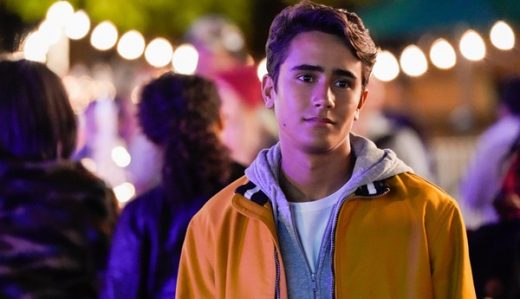 Australian folk pop singer/songwriter Gordi’s ‘Can We Work It Out‘ was featured on the new season of Love, Victor this month — Love, Victor, Season 3, Episode 1, “It’s You“.

The song was played on the popular teen drama as Benji is heading to rehab and as Victor is leaving his house.

Gordi’s ‘Can We Work It Out‘ was first released on the Aussie singer’s debut EP Clever Disguise, which came out via the Jagjaguwar label in 2016.

It was then re-released a year later as one of the tracks on her debut studio album Reservoir. An album that was nominated for Australian Album of the Year at ABC’s J Awards.

Gordi herself, aka Sophie Payten, has not only had her music featured on Love, Victor, the Aussie singer’s songs have also been played on popular shows like The Walking Dead, Mistresses, The Bold Type, Queer as Folk, Walker, New Amsterdam, The Royals and To All the Boys: P.S. I Love You.

‘Can We Work It Out‘ has also been featured on the soundtrack of The Vampire Diaries.

Listen to Gordi’s ‘Can We Work It Out‘ from Love, Victor on her Reservoir album, and in the song’s music video.

That constant beat makes the track a helluva’n addictive banger.