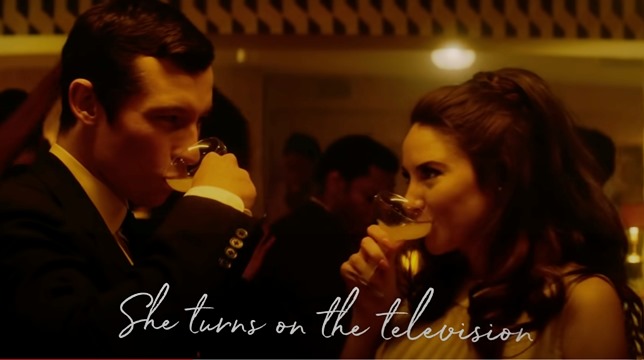 The romantic drama The Last Letter from Your Lover hit Netflix here in the U.S. last night and, while I would honestly recommend watching it in fast-forward as much as possible, as it really is quite predictable, the music on its soundtrack is brilliant.

That includes the original song the sister trio Haim wrote and performed for the film — Haim’s ‘Cherry Flavored Stomach Ache’. A song that sounds a bit ‘busy’ the first time you hear it, but then grows on you incredibly fast.

According to the trio, the film’s director Augustine Frizzell wanted a track that was ‘playful’, so that’s what they wrote.

Haim has also released a lyric video for ‘Cherry Flavored Stomach Ache‘, which features scenes from the film.

The Last Letter from Your Lover is due to be released in Scandinavia at the end of this month, and in the UK and Ireland on August 6th, It will also hit movie theaters in the UK on the same day.

As Netflix has worldwide rights to the film, it should show up elsewhere soon as well.

Listen to Haim’s ‘Cherry Flavored Stomach Ache‘ from the film in the song’s lyric video.