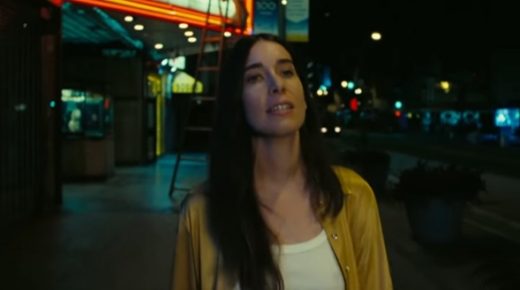 Pop rock band Haim’s ‘Hallelujah‘ was played on the NBC drama This Is Us last night — This Is Us, Season 6, Episode 11, “Saturday in the Park“.

The song is from the band’s third studio album Women in Music Pt. III, which came out in June, 2020 via the Columbia record label.


‘Hallelujah‘ was written by the Haim sisters along with Tobias Jesso Jr., and is one of three bonus tracks from the album.

Upon release Women in Music Pt. III was critically acclaimed, as well as much loved by the band’s fans.

It went on to be put on the Best 50 Albums of 2020 lists of music publications like Rolling Stone, Under the Radar, and by critics at NPR and The Guardian.

The guitar-driven, mellow, almost 1970s-style song has a music video featuring Haim performing the song live on an empty stage, and shutting down the theater for the night as they go.

Listen to Haim’s ‘Hallelujah‘ from This Is Us on that music video, and on the band’s Women in Music Pt. III album.

You will also find a lot more music from This Is Us on Leo Sigh.