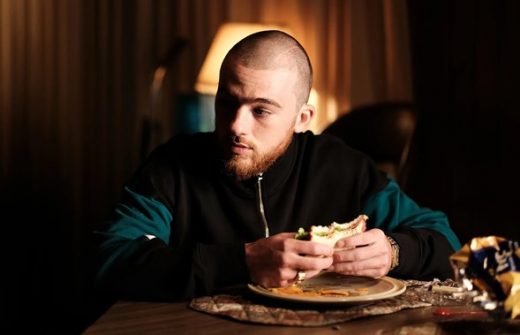 Last night’s episode of Euphoria was an exceptionally good example of music supervisors choosing superb music for TV soundtracks including this song — Hall & Oates’ Do What You Want, Be What You Are” — which showed up on Euphoria, Season 2, Episode 2, “Out of Touch“.

The track was heard playing as Ethan is in Kat’s room.


Hall & Oates’ Do What You Want, Be What You Are” is from the duo’s fifth studio album Bigger Than Both of Us, which came out in 1976.

It was released as the album’s lead single, which hit #39 on the U.S. charts.

The song’s lyrics tell the listener to always do what they want and be what they are, even if that means getting up and leaving a place or a situation that is wrong for them.

There ain’t no right or wrong way
Just a play from the heart
It ain’t a sign of weakness, girl, to give yourself away
Because the strong give up and move on
While the weak, the weak give up and stay

Listen to Hall & Oates’ ‘Do What You Want, Be What You Are” as played on last night’s Euphoria on the duo’s Bigger Than Both of Us album at the bottom of this article, and in the video of a live performance the duo gave of the song in Tokyo, Japan back in 1995.

The track is a gorgeous slow, mellow ballad with massively powerful vocals, and more than a bit of a gem.

You’ll find more songs from this and other episodes of Euphoria on Leo Sigh.