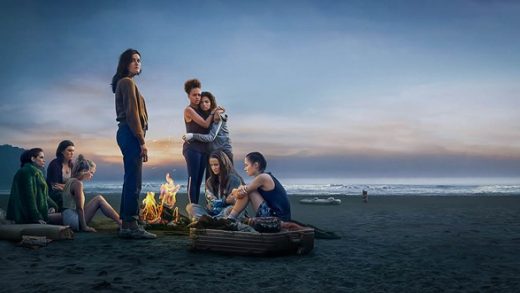 Incredibly successful alternative pop singer songwriter Halsey’s ‘Whispers‘ was one of a huge number of superb tracks featured on the soundtrack of the second season of The Wilds this month — The Wilds, Season 2, Episode 1, “Day 30 / 1“.

The song was played on the episode as Leah is taking the pills in an attempt to overdose.


Halsey‘s ‘Whispers‘ came out in 2021 on the, in this case, grunge pop singer’s fourth studio album If I Can’t Have Love, I Want Power, which was released on the Capitol record label.

It spawned two singles — ‘I Am Not a Woman, I’m a God‘ and ‘You Asked for This‘ — and was nominated for a Grammy Award for Best Alternative Music Album.

The album also hit the top spot on the charts in 12 countries, peaked at #2 on the Billboard Top 200 chart, and made it onto Rolling Stone’s Top 50 Best Albums of 2021 list.

Halsey’s ‘Whispers‘ was written from the perspective of mental illness destroying relationships because, even when things are going well, there is always that voice in your head telling you telling you it soon won’t.

Listen to Halsey’s ‘Whispers‘ as played on The Wilds in the song’s lyric video and on the extended version of her If I Can’t Have Love, I Want Power album.

It’s slightly creepy, very powerful and the perfect accompaniment to that scene with Leah and the pills.