Remember that cute, upbeat and sweet 70’s-style song ‘MMMBop‘ from the American pop rock boy band Hanson that was popular around a decade ago? Well, the track is back this week and an interesting choice for music featured on the new DC Universe series DC’s Stargirl.

The track was heard at the end of the episode during the present day as Courtney is in her room packing for the move to Nebraska and she finds the wrapped gift that she was never able to give to her father.

As for Hanson’s ‘MMMBop‘, the song was inspired by the Beach Boys and was the lead single from the three brothers’ debut album Middle of Nowhere.

Released in 1997, it is still the song Hanson is most known for, was a massive hit for the band and earned the trio two Grammy Award nominations.

It made it to the #1 spot on an astounding 16 music charts worldwide, ultimately charting in 20 countries. 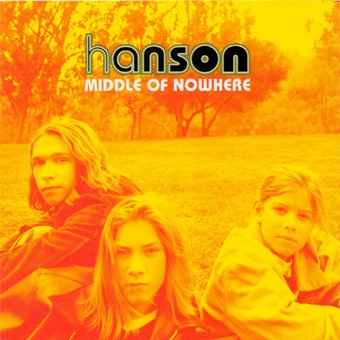 Since then, ‘MMMBop‘ has consistently shown up on critics’ lists as one of the best songs of the last couple of decades.

Listen to Hanson’s ‘MMMBop‘ as played on DC’s Stargirl in the band’s original official music video below.

The series is currently available both on DC Universe and, the day after each episode airs, on The CW. It will consist of 13 episodes in total.