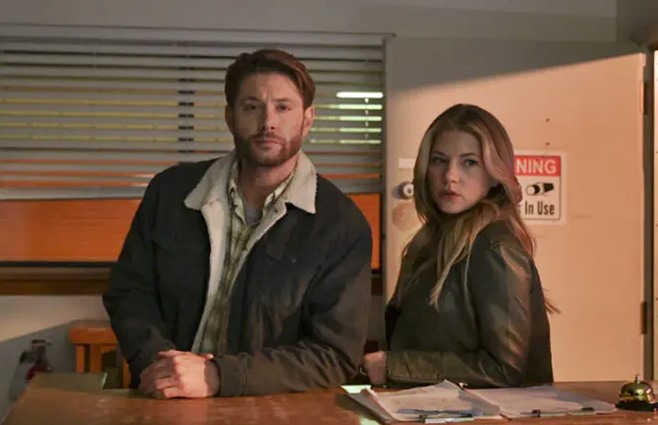 The song was played during the opening scenes as Buck gets out of his truck, and begins checking vehicles looking for a new ride.


Hardy’s ‘Wait in the Truck‘ was released last year via the indie label Big Loud as the lead single from the singer’s The Mockingbird & the Crow album.

‘Wait in the Truck‘ also climbed high up two charts in Canada.

The song features fellow country singer Lainey Wilson, and was written from the perspective of a man finding an abused woman at the side of the road, and finishes with him killing her abuser and ending up in prison.

The music video for the song continues with the same theme, and ends with the abused woman visiting Hardy in prison.

In other words, it would be difficult to find a more appropriate song for this season of Big Sky, eh?

Listen to Hardy’s ‘Wait in the Truck’ feat. Lainey Wilson as heard on Big Sky on Hardy’s The Mockingbird & the Crow album, and in the song’s official music video.