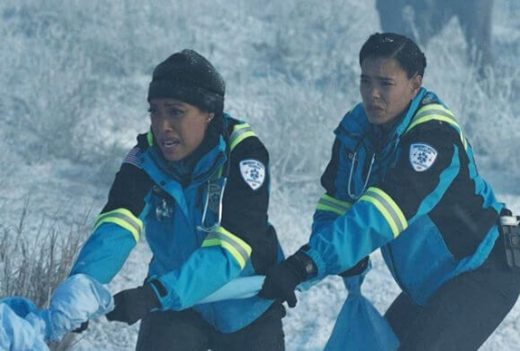 The song was played during the montage of Abe at home while the other kids play outside and he is watching them have a snowball fight, then continues as the power goes out and Abe leaves, but forgets to take his inhaler.

Harry Nilsson’s ‘One‘ was originally written by the singer songwriter, and released by him in 1968 both as a single and as part of his third studio album Aerial Ballet.

But it did not chart in the United States or anywhere else.

Instead, it was the Three Dog Night version of the song released a year later that got most of the attention, however. Something I never understood as, to me, Nilsson‘s song is the one that is the most poignant.

Nilsson’s ‘One‘ begins with a phone’s busy signal translated into a musical note. A note that is then carried through the rest of the song.

It was that busy signal Nilsson himself heard when calling someone that caused him to write the track.

Listen to Harry Nilsson’s ‘One‘ as heard on 9-1-1: Lone Star last night in the video and on his Aerial Ballet album.

It is a song that is quite haunting.