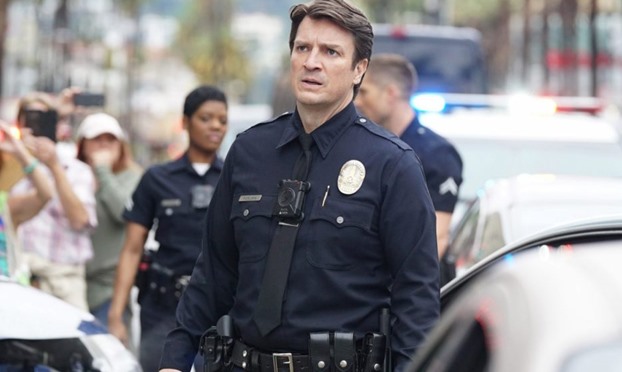 The police drama The Rookie continued its run this week with not only decent drama but also stellar music on its soundtrack.

In particular, Honeywater’s ‘Wonder‘, which played at the end of the episode on The Rookie, Season 3, Episode 10, “Man of Honor“.

Honeywater’s ‘Wonder‘ is the title track from the duo’s five-track sophomore EP Wonder, which was released in 2016 via Complicated Heart Music.

It is the second time the indie duo’s music has been used in The Rookie, as their song ‘Old Eden‘ was also licensed for an episode in Season 1 back in 2019.

The mellow, guitar-driven ‘Wonder‘ is sweet and upbeat, and has a lovely melody that is made even more beautiful with Hawley and Stenberg’s gorgeous harmonies and Stenberg’s plaintive violin.

Listen to Honeywater’s ‘Wonder‘ as heard on last night’s The Rookie in the video and on their EP of the same name below.