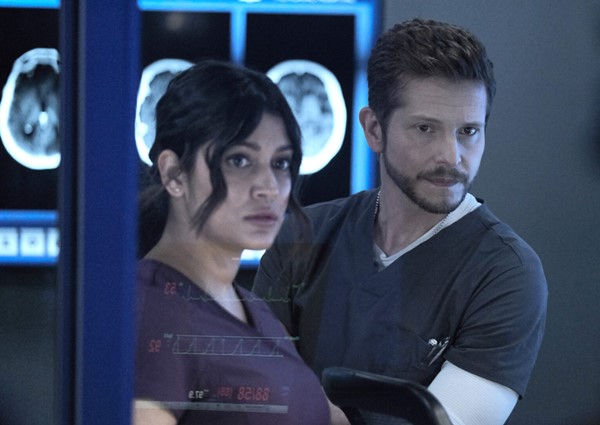 Songwriter, multi-instrumentalist, composer and producer Hush Forte’s ‘Far Away‘ was licensed for play on last night’s episode of the medical drama The Resident — The Resident, Season 5, Episode 2, “No Good Deed“.

The mellow track was heard as Leela feels like there is something wrong and is desperately trying to contact Devon.


Hush Forte’s ‘Far Away‘ is the songwriter’s most recent single, releasing earlier this year via AWAL Recordings.

It is one of several singles the artist has recorded and released this year, and comes with an official music video featuring the artist arriving home while his girlfriend is ‘far away’ in her own apartment, missing him, but then getting up and heading off for a photo shoot.

It ends with him looking back on their past, and then sitting at a darkened table with his girlfriend as they both slam a knife down into the spaces between their splayed fingers.

It seems, even if they have busy careers and sometimes live separate lives, they both still trust each other.

After all, throughout the song, he is telling her no matter what, if something bad happens, he will drop whatever he is doing and always “fix it”.

Listen to Hush Forte’s ‘Far Away‘ as heard on last night’s The Resident in that music video, and on Spotify down below.

The mellow, R&B/hip hop track is a precursor to his upcoming full-length album, and really is lovely.