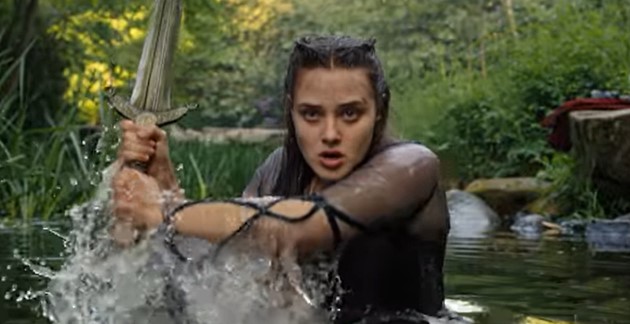 If you are one of the millions of people in the United States and around the world that are currently big fans of the new Netflix series Cursed, you are probably also one of the fans of the song ‘I Could Be Your King‘ by Katherine Langford, which was the track heard playing as Nimue and Arthur get together.

The track is an original song written specifically for Cursed, and was played on Cursed, Season 1, Episode 9, “Poisons“. While it is a repetitive, not particularly interesting song, Katherine Langford’s voice more than makes up for the song’s lack.


Australian actress Langford, of course, also plays the role of protagonist Nimue; the heroine who will one day become the legendary Lady of the Lake.

While some of the cast’s performances in Cursed have been criticized as being “awkward” or “wooden”, Langford has been praised for her performance and for being a strong, believable heroine.

Who knew, though, that Langford was as equally a talented singer as she is an actress.

Listen to Katherine Langford’s ‘I Could Be Your King‘ from Cursed in the official lyric video below and you will see.  You can also watch the official trailer for the new series below that.