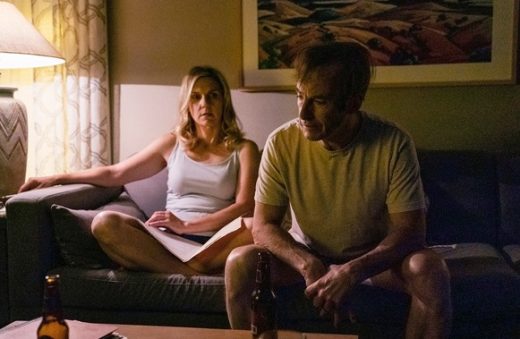 The hit crime drama Better Call Saul has featured lesser-known or unique and interesting music on its soundtrack for the life of the series.

That’s why it wasn’t much of a surprise to hear the gorgeous ‘In Stiller Nacht‘ by Pink Martini and the Von Trapps on the show this week — Better Call Saul, Season 6, Episode 5, “Black and Blue“.


The Brahms piece was heard during the opening segment of the episode.

‘In Stiller Nacht‘ by Pink Martini and the Von Trapps was released in 2014 as part of a collaborative album the band and the musical group recorded.

The album featured covers of a whole slew of different genres of songs, ranging from an Italian children’s song to a song from the film Chitty Chitty Bang Bang, two songs from The Sound of Music and a cover of Abba’s hit ‘Fernando‘.

While a bit all over the map, it did gain some attention and decent sales.

Pink Martini, by the way, is a Portland based band that performs songs in a wide variety of genres from jazz to pop to easy listening and classical.

Meanwhile, The von Trapps are the grandchildren of Werner von Trapp, the Austrian boy who fled with his now famous family after Nazi Germany annexed Austria, unopposed by the Austrian government and many Austrian citizens.

The family were the subjects of the hit musical The Sound of Music, with Werner von Trapp named ‘Kurt’ in the film.

Listen to the beautiful ‘In Stiller Nacht‘ by Pink Martini and the Von Trapps as heard on Better Call Saul in the video, and on their  Dream a Little Dream album.