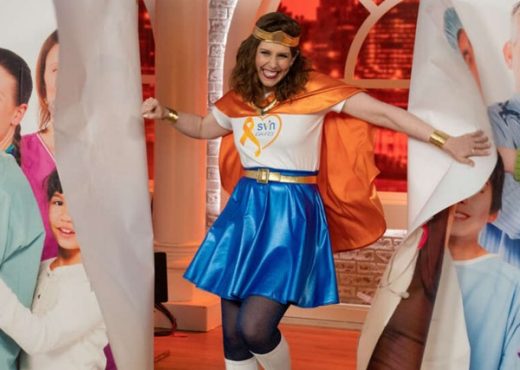 Australian indie rock band INXS’s ‘Beautiful Girl‘ was featured on the soundtrack of the Showtime comedy series I Love That For You last night during the series finale — I Love That For You, Season 1, Episode 8, “Shop Cancer’s Ass“.

The song is playing as Joanna (Vanessa Bayer) announces to the TV audience that she is now cancer-free.


INXS’s ‘Beautiful Girl‘ is from the band’s eighth studio album Welcome to Wherever You Are, which came out on the Atlantic and Mercury Records labels in 1992.

The mellow alternative pop rock song was the fifth single from the album, and went on to chart high in 10 countries, with its best placing at #9 on Canada’s Top Singles chart, and at #10 on the U.S. Alternative Play chart.

INXS’ ‘Beautiful Girl‘ also came with a black and white video of the band performing the song, with then lead singer Michael Hutchence the most prominent member of the band.

INXS went on to announce at a November 2012 performance in Australia they would not be playing live again. They have not released any new music since.

Listen to INXS’s ‘Beautiful Girl‘ in the video below, and on the band’s Welcome to Wherever You Are album. The video was filmed as part of a campaign pointing out the devastation of anorexia.