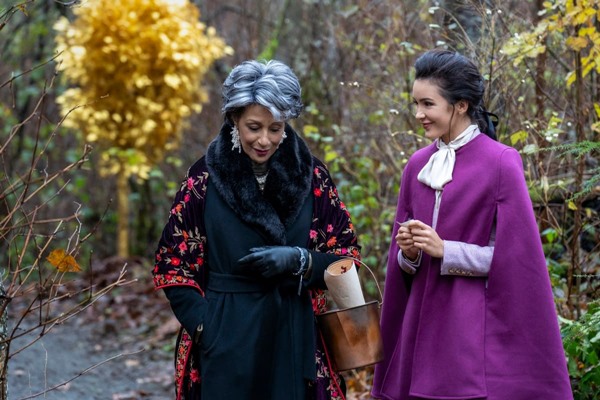 
The song was heard during the montage as Val is calling to extend her stay, as Bess burns Diana’s letter, and George tells Nick about Odette.

Iyves’ ‘Let the Water Run‘ was a stand-alone single the indie singer self-released in 2015.

The track came with a beautifully filmed official music video featuring a wide, desolate landscape with a deserted expanse of water from which a strange creature emerges.

The creature, covered in what looks like strips of ribbon or seaweed, then crawls over the shore and up into the high rocks. When it reaches the rocks’ summit, the ribbon-ed cover falls and the figure of a man emerges.

Listen to Iyves’ ‘Let the Water Run‘ as heard on Nancy Drew in that music video below and on the Spotify player.

The song itself is catchy with a beautiful melody and chorus, and Iyves’ voice is rich and beautiful.