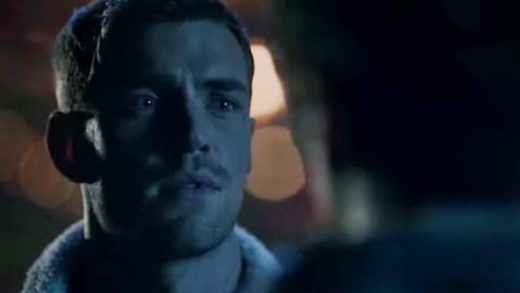 Jack Kays and Travis Barker’s ‘Outrun Myself’ was played on the latest episode of Legacies this week — Legacies, Season 4, Episode 13, “Was This the Monster You Saw?”

The song was played on the show as Jed tells Ben how he activated his werewolf curse, then kisses him.


Jack Kays and Travis Barker’s ‘Outrun Myself‘ was released in 2021 via Columbia Records.

It is a song about wanting to move on and make your life how you want it to be, but being stuck in place still mired in the horrendous things that have happened in the past, and your negative feelings about yourself because of them.

Quite appropriate for that Legacies scene when you consider Jed’s traumatic past, eh?

And if you want to see one of the most touching music videos you will ever see, watch the official music video for ‘Outrun Myself‘.

A video that is nothing but Kays singing the song, and letting out all the anguish so many of us feel about ourselves and our place in life.

And a video, and a song, that from some of the comments on its YouTube page at least, have helped quite a few people get through their own feelings like this.

Listen to Jack Kays and Travis Barker’s ‘Outrun Myself‘ as heard on Legacies in that video, and on the Spotify player.

Watch Legacies on The CW.