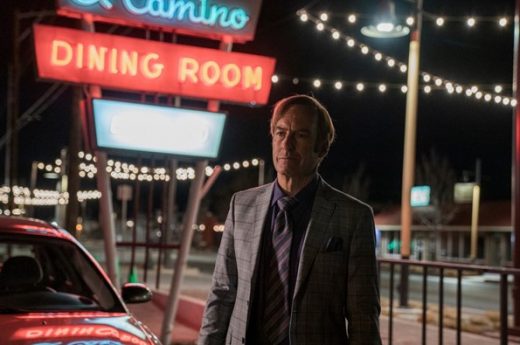 The instrumental piece was played as Jimmy’s house is ransacked by authorities and items are seized.


Gleason’s ‘Days of Wine and Roses‘ was composed for the 1962 movie of the same name. The movie starred Jack Lemmon and Lee Remick — a couple who drank alcohol to help deal with their problems, and eventually spiraled down into a life of alcoholism and tragedy.

The title of the film, and the music, is from a poem by British poet Ernest Dowson:

They are not long, the days of wine and roses:
Out of a misty dream
Our path emerges for a while, then closes
Within a dream

The music itself was composed by composed by Mancini with lyrics by Johnny Mercer, and was nominated for and won an Academy Award.

Jackie Gleason and his orchestra was just one of the versions of the instrumental piece, with a song with lyrics also being recorded by a slew of greats including Shirley Bassey, Andy Williams and Frank Sinatra.

Listen to Jackie Gleason’s ‘Days of Wine and Roses‘ in the video, and on Gleason’s Movie Themes for Lovers Only album.

Watch the new season of Better Call Saul on AMC.