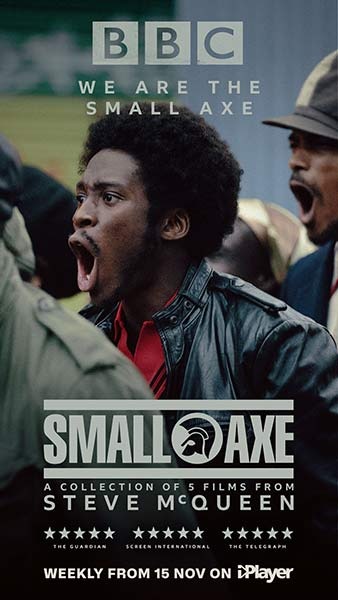 The new BBC One/Amazon Prime Video mini-series Small Axe is not only something quite different than usually shows up on streaming services, it also helped me rediscover a song I haven’t heard in years — English reggae singer Janet Kay’s ‘Silly Games‘, which was played on Small Axe, “Lovers Rock“, Season 1, Episode 2 at the house party.

Because I remember Janet Kay performing ‘Silly Games‘ live on the British music TV series Top of the Pops back in 1979 when I was a teenager, and dancing around the living room to the song, then going wild when she hit that amazing high note. (And amazingly, I just discovered that Top of the Pops appearance on YouTube (watch below) — well, I never…).


Janet Kay’s ‘Silly Games‘ became an enormous hit in Europe when it was released, making it to #2 in the UK and charting high in many other European countries.

Since then, it has popped up in TV series now and again on shows like Fresh Meat and Misfits, but it hasn’t ever gotten the staying power its massive initial success should have given it.

Janet Kay herself, however, is a different story.

Not only did the London-born singer see great success with ‘Silly Games‘ in the 70s,  but she has also recently become quite a phenomena in Japan where her song “Lovin’ You‘ has earned her almost cult status.

Listen to Janet Kay’s ‘Silly Games‘ as played on Small Axe, “Lovers Rock” in the Spotify player and video below.

And two things to note about it.

Lovers rock is a genre of reggae music known for its romantic sound, and guitarist and producer Dennis Bovell, who is the writer of the song ‘Silly Games‘, actually has a cameo part in that Small Axe episode.

Now how cool is that?

As for Small Axe, a drama series about overcoming the effects of racism, the first two episodes of the series, which includes “Lovers Rock”, are now streaming on Amazon Prime and on the BBC iPlayer in the UK.

The other episodes will be available one a week for the next three weeks.