Alternative rock and country singer, songwriter and guitarist Jason Isbell’s ‘Cover Me Up‘ was that song playing on last night’s episode of Yellowstone as Jimmy’s date ends — Yellowstone, Season 4, Episode 8, “No Kindness for the Coward“.

Jason Isbell’s ‘Cover Me Up‘ is from the singer’s fourth studio album Southeastern, which came out in June, 2013 via his own record label Southeastern Records.

The song was recorded with often one-take live vocals from Isbell, and without his normal backing band The 400 Unit on most tracks.

The latter was due to Jason Isbell recording the album after a spell in rehab, and wanting the album to be much more personal than his previous releases.

While only a moderate commercial success for Isbell, Southeastern was a critical success with critics like Spin, Paste and The Independent rating it high, and then Rolling Stone placing it on their 500 Greatest Records of All Time list seven years after its release. 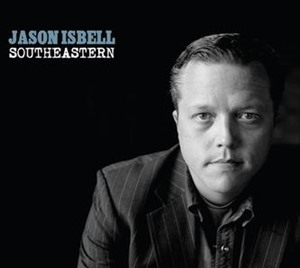 The album also made it to #7 on the Billboard Top Rock Albums chart, and to #5 on the Independent Albums chart.

Listen to Jason Isbell’s ‘Cover Me Up‘ from last night’s Yellowstone in a live performance he and his band gave of the song on the iconic music show Austin City Limits.

You can also hear the song along with the rest of his Southeastern album on the Spotify player. ‘Cover Me Up’, by the way, has over 48 million plays on Spotify.