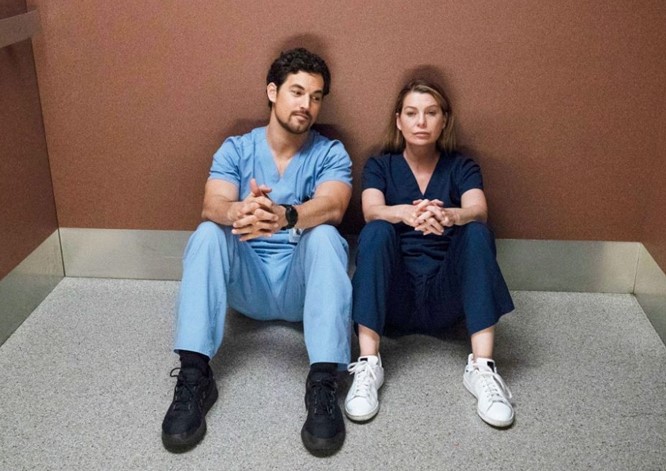 The song was played during the intro to the show.

It is one of a handful of singles she has released during her career, along with three studio albums and six EPs.

Young’s songs are not just popular with the music supervisor of Grey’s Anatomy either. The singer has also had her work licensed for use on hit shows like Weeds, Switched at Birth (several times), Life Unexpected, Nurse Jackie, Made in Chelsea, BoJack Horseman and Suburgatory.

Who is Jenny Owen Youngs?

Jenny Owen Youngs was born in Newton, New Jersey and grew up learning to play a number of instruments.

The singer songwriter self-released her debut studio album in 2005. After her song ‘Fuck Was I‘ appeared on the Showtime series Weeds, however, she was soon signed to the Canadian indie label Nettwerk Records.

She re-released her first album on the label, followed by a second and then successfully Kickstarted her third. (carry on reading and then listen to Jenny Owen Youngs’ ‘Little Bird‘ below…)

As her work has appeared on more and more TV shows, she has been able to tour with artists like Regina Spektor, Aimee Mann and Toad the Wet Sprocket’s Glen Phillips, earning herself more and more fans along the way.

Youngs came out as gay in 2013, married her then-girlfriend Kristin Russo, but the pair divorced several years later. She is currently engaged to Tancred guitarist Jess Abbott.

Listen to Jenny Owen Youngs ‘Little Bird‘ from Grey’s Anatomy in the video and Spotify player below. It is a lovely little song, and a sweet start to the latest episode of the medical drama.