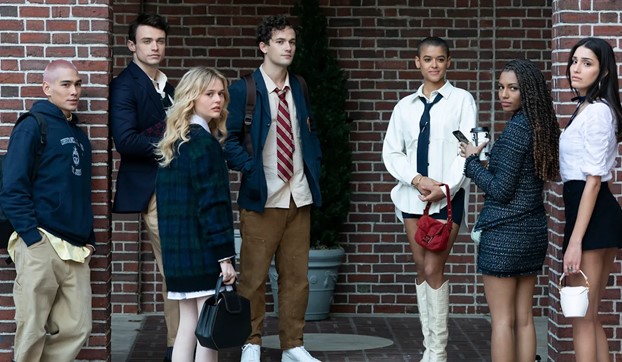 The track was heard during the opening sequence, and during the Parent-Teacher conferences.

Jessie Ware’s ‘Spotlight‘ was the third single from the singer’s fourth studio album What’s Your Pleasure?

The sultry pop dance track was released as a single early last year, with a remix version showing up in March a month later.

With Ware’s sophisticated vocals on the track, she was compared to fellow British singer and chanteuse-extraordinaire Sade.

The song itself starts out as a slow ballad that quickly morphs into a beat-driven disco song that becomes quite addictive.

Ware’s ‘Spotlight‘ also came with a music video featuring Ware and a cast of dancers that, interestingly, was filmed in an iconic train — the luxury ‘Blue Train‘ that was once owned by President Tito of Yugoslavia.

Listen to Jessie Ware’s ‘Spotlight‘ as heard on last night’s Gossip Girl in that music video, and on her album What’s Your Pleasure? below.