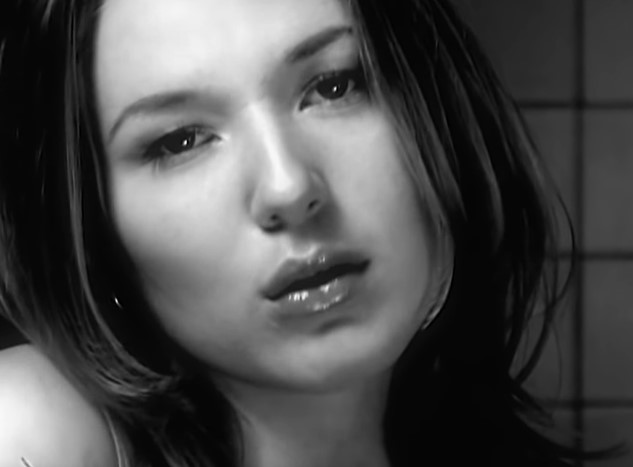 The song was heard as Liz and Rosa are talking in the Crashdown.

Jewel’s ‘Who Will Save Your Soul‘ is the singer’s debut single, and was the first single released from her debut album Pieces of You, which arrived in 1995 via the Atlantic record label.

The song was also the first one Jewel ever wrote, with the singer saying she wrote the song after a trip hitchhiking around Mexico alone when she was just 16-years-old.

Jewel’s ‘Who Will Save Your Soul‘ hit six charts in the United States alone, with its highest showing at #1 on the Billboard Adult Alternative Songs chart.

It also charted in Canada, Australia, New Zealand, Scotland and the United Kingdom, with its highest ranking at #7 in Canada.

The song also came with a music video featuring Jewel singing the song in a public restroom while people mill around her washing their hands, kissing in a toilet stall, putting on make up, sitting on a toilet seemingly bereft of hope and otherwise looking as if they are seeking something they cannot find.

Listen to Jewel’s ‘Who Will Save Your Soul‘ as heard on Roswell, New Mexico last night in that song’s official video and on her Pieces of You debut album.

And, for more songs from the Roswell, New Mexico soundtrack, check out our TV soundtrack music pages.