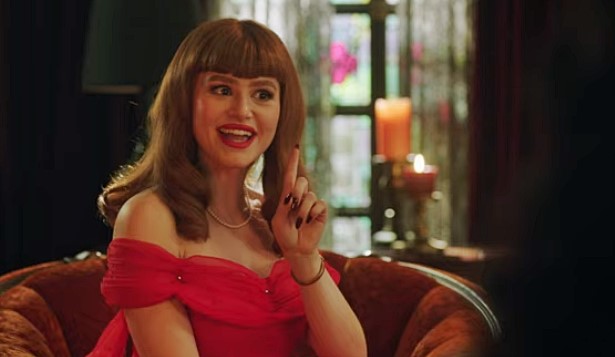 American rockabilly singer Jimmy Spellman’s ‘True Love (Is Our Love Tonight)’ was one of the songs on the soundtrack of Riverdale last night   – Riverdale, Season 6, Episode 4, “Chapter Ninety-Nine: The Witching Hour(s)“.

It was heard as Tammy asks Poppy for help in dealing with her husband who won’t let her work at Pop’s, so Poppy gives her herbs that will make him temporarily ill.

Jimmy Spellman’s ‘True Love (Is Our Love Tonight)‘ is one of several songs the 1950s rockabilly, traditional country singer released that became popular in the United States without making Spellman a household name.

Interestingly, however, ‘True Love (Is Our Love Tonight)‘ has grabbed the attention of TV show music supervisors in recent years, with appearances on shows like The Guest Book and Kidding, as well as in movies like Glass.

Jimmy Spellman himself primarily released music in the 1950s and 60s, with his biggest hit ‘“Doggonit‘ gaining him even more fans.

He was inducted into the Rockabilly Hall of Fame in 2004.

Listen to Jimmy Spellman’s ‘True Love (Is Our Love Tonight)‘ as heard on Riverdale last night down below.

The song itself is a lovely, mellow, romantic song about the wonders of love.