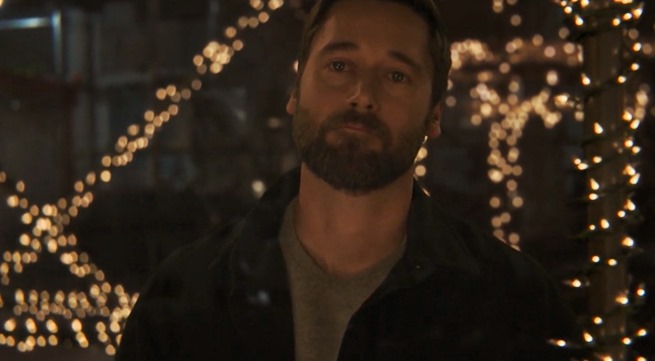 The song was played as Iggy asks Martin out, and as Max is watching Helen in a bar from outside the window instead of going in to meet her. It continues playing as he goes to Wilder’s apartment where he tells her “You told me to make a choice”, and then he kisses her.


So, yes, now we all know who Max chose. Finally.

As for Joe Purdy’s ‘Miss Me‘, the song is from the singer’s 10th studio album Last Clock on the Wall, which came out over a decade ago in 2009.

His music has also appeared in films like The Secret Life of Bees, A Case of You and Straight A’s, as well as in TV shows like Life Unexpected, Grey’s Anatomy (several times), Suburgatory, The Fosters and House M.D.

Many of his songs were also featured on the soundtrack of the movie American Folk. Purdy also starred in the film.

Listen to Joe Purdy’s ‘Miss Me‘ as heard on New Amsterdam this week on his Last Clock on the Wall album, and in the video.

The final season of New Amsterdam will end on January 17th with a two-hour episode on NBC/Peacock. Mark your calendars.