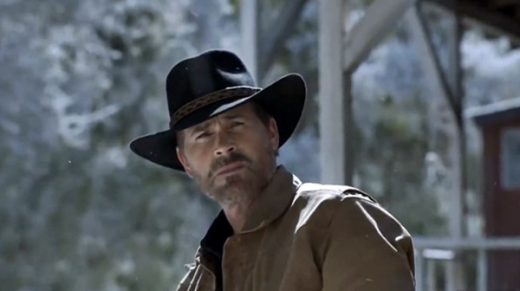 The country folk song was played as we see Owen chopping wood at his cabin and enjoying his new life, having become sick of the world outside it.

John Denver’s ‘Thank God I’m a Country Boy‘ is an upbeat, fiddle-based track that was originally released on the singer’s eighth studio album Back Home Again back in 1974 via RCA Records.

An album that was an enormous success for the already iconic singer, catapulting to #1 on both the U.S. Billboard 200 chart and the Top Country Albums chart, to #3 on the UK Albums chart and high on charts in Australia, New Zealand and the Netherlands.

Since then, the album has been certified Platinum in the U.S. several times over.

‘Thank God I’m a Country Boy‘ was also included on his ninth album the following year, but that time as a live version.

Listen to John Denver’s ‘Thank God I’m a Country Boy‘ as heard on last night’s 9-1-1: Lone Star in the video, and on his Back Home Again album.

There’s also a cool video of a live performance Denver gave of the track during an ABC special. That performance, amazingly, also featured Johnny Cash on guitar, Roger Miller on the fiddle and Glen Campbell playing banjo.