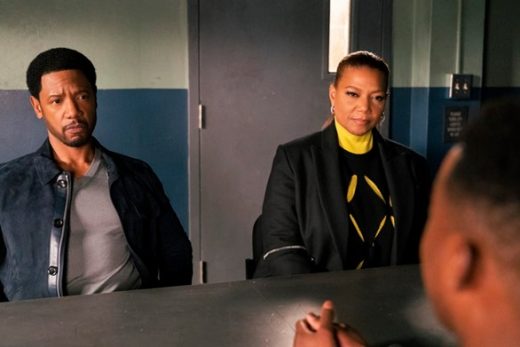 American singer songwriter John Legend’s ‘Under the Stars‘ was played on this week’s episode of The Equalizer last night — The Equalizer, Season 2, Episode 16, “Vox Populi“.

The song was heard at the beginning of the episode as Morgan and Tim are discussing baby names.

John Legend’s ‘Under the Stars‘ was a stand-alone single that was created by the singer in conjunction with the Belgian beer company Stella Artois back in 2015, and was released as part of the company’s “Give Beautifully” Christmas holiday campaign.

According to Legend, the song was written about “spreading love and togetherness” during the holiday season.

And, of course, it is a mellow, feel good song that suited that baby name scene perfectly.

Listen to John Legend’s ‘Under the Stars‘ as heard on last night’s The Equalizer in the video, and on the Spotify player.