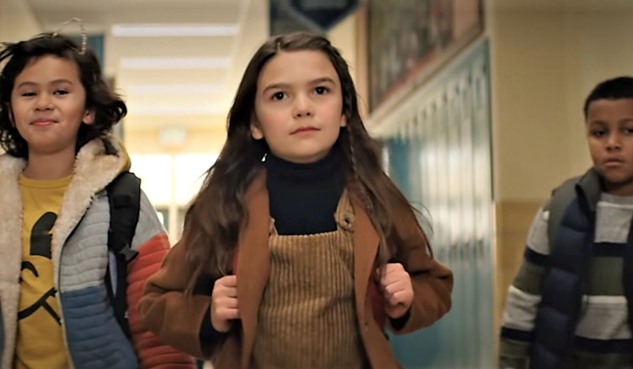 John Lennon’s ‘You Can’t Catch Me‘ was played on last night’s episode of the Apple TV+ series Home Before Dark — Home Before Dark, Season 2, Episode 3, “Fighting His Ghost” — which aired on June 25th, 2021.

The track was heard as Kim asks Matt and Bridget if they can come to her office for a parent meeting, and as Briggs Sr. and Trip are at the diner.

John Lennon’s ‘You Can’t Catch Me‘ is from the late singer songwriter’s last solo studio album Rock ‘N’ Roll, which was released via the Apple record label in late 1974.

The cover album of 1950s and 60s songs charted in nine countries, with its highest showing in both Canada and Australia, where it hit the #5 spot.

It was eventually certified Gold in the United States and the UK.

Lennon himself, of course, was murdered by fan Mark David Chapman in December, 1980 while entering his New York apartment building. He had autographed an album for Chapman just hours earlier.

Listen to the remastered version of John Lennon’s ‘You Can’t Catch Me‘, as heard on Home Before Dark on his last solo album, and in the video down below.