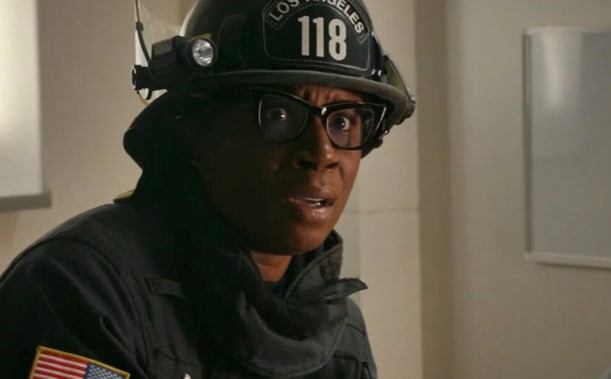 You couldn’t really ask for a better use of music on a TV show soundtrack than the use of Johnny Cash’s ‘Folsom Prison Blues’ during the opening prison scene on this week’s 9-1-1 episode — 9-1-1, Season 5, Episode 6, “Brawl in Cell Block 9-1-1“.

Well done the music supervisor that chose that.

Johnny Cash’s ‘Folsom Prison Blues’ was released long long ago, way back in 1955, but is one of those superb Cash songs that has more than stood the test of time.

The song originally came out as a single, and then again two years later on Cash’s debut studio album  Johnny Cash with His Hot and Blue Guitar!, and quickly became a signature song for the country/rockabilly singer.

It then became iconic after Cash performed the song in front of a prison audience for his At Folsom Prison live album. 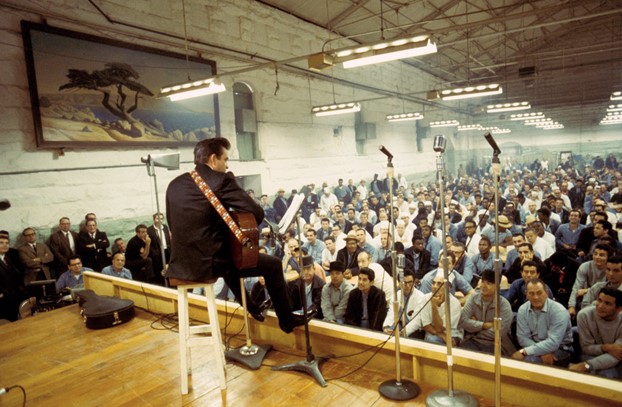 That version of the song, which came out 13 years after its original release, earned Johnny Cash a Grammy Award, as well as a #1 hit on the country music chart in both the United States and Canada.

Nowadays, if the track comes on the radio, it is an immediate Johnny Cash identifier for most of the United States, it really is that iconic.

Listen to Johnny Cash’s ‘Folsom Prison Blues’ as heard on 9-1-1 last night in the video, and on his live album At Folsom Prison below.

Cash himself died of complications of diabetes just four months after the death of  his beloved wife June. Many believe he died of a broken heart.