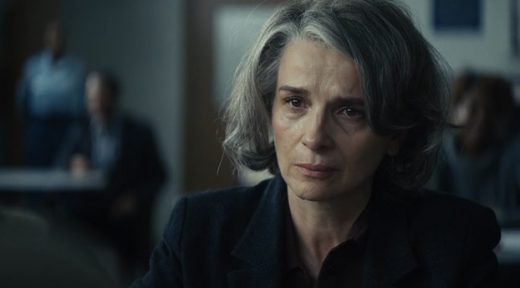 Legendary French rock and roll/pop singer Johnny Hallyday’s ‘Le pénitencier‘ was that song playing over the end credits of this week’s episode of The Staircase mini-series on HBO Max — The Staircase, Episode 6, “Red in Tooth and Claw“.

‘Le pénitencier‘ (‘The Penitentiary‘) is the title track from the singer’s 1964 album, and is a song that is probably incredibly familiar to many — even if they don’t know the title of it.


It is, of course, a French-language cover of the English song ‘The House of the Rising Sun‘, which became a huge hit in the United States, Canada and the UK when the British band the Animals released it in 1964.

Known as the French Elvis Presley, although he wasn’t particularly well-known outside Europe, Hallyday’s version of the song came out soon after the Animals song was released.

As Rebeat magazine explains, however, it was overall an unnecessary release as it was created note-for-note like the Animals song.

Still, ‘Le pénitencier‘ was a huge success in France, and you can’t really blame the French for liking such a cool song in their own language.

Listen to Johnny Hallyday’s ‘Le pénitencier‘ from this week’s The Staircase on Hallyday’s album of the same name, and in the song’s lyric video.

The Staircase is currently streaming on HBO Max.