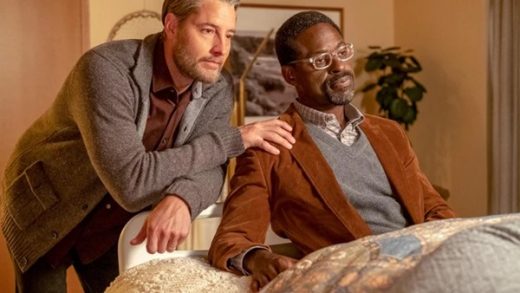 With just one episode to go before the series finale of This Is Us, this week’s gripping episode of the show featured the same superb drama it has always featured, and the same excellent music.

Music like Canadian singer songwriter Joni Mitchell’s ‘The Circle Game‘ — the beautiful folk rock song that was played on This Is Us, Season 6, Episode 17, “The Train” on Tuesday night.

Mitchell’s ‘The Circle Game‘ was released on the singer’s third studio album Ladies of the Canyon, which came out in 1970 on Reprise Records.

It is one of the many gorgeous Joni Mitchell songs that are now part of the American folk pop lexicon.

Interestingly, however, even though Mitchell wrote ‘The Circle Game‘, she wasn’t the first person to record and release it.

Instead, it was first released by Canadian folk duo Ian & Sylvia, by Buffy Sainte-Marie, and then by American blues and folk singer Tom Rush a couple of years before Mitchell’s version finally appeared.

In my mind, though, it was Mitchell that gave the song the beauty and simplicity we all now feel when we hear it. Especially as, even if it may sound sad, it is actually a song of hope.

Listen to Joni Mitchell’s ‘The Circle Game‘ as heard on This Is Us in the video below, and fall into her stunning voice.