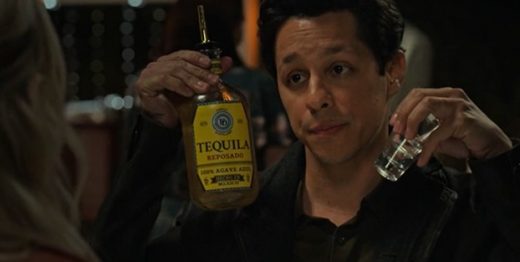 It continues playing as Maggie tells Benjamin what his future looks like, and as she realizes the woman he is married to in the future she can see is herself.


We then hear it again towards the end of the episode as everyone is sitting in the garden drinking.

The song was one of the indie songs originally released on the soundtrack of the 2013 Ben Stiller film The Secret Life of Walter Mitty.

Since then, ‘Stay Alive‘ has also been featured on the soundtracks of shows like The Vampire Diaries and New Amsterdam.

José González‘ lovely calming ‘Stay Alive‘ also has a music video featuring the Swedish singer going to the job he hates in the Walter Mitty offices.

As the video progresses, he looks at photographs of people from the movie, until he realizes if he stays in the job that is slowly killing him, his life will amount to nothing.

That’s when he breaks free, runs through the corridors of the building and leaves.

And, by the way, while the song may initially seem incredibly calming, with that beat it is also a helluva song to dance to, as I can attest to after just dancing around my kitchen to it. Several times.

Listen to José González’ ‘Stay Alive‘ as heard on Maggie in the song’s music video, and on the The Secret Life of Walter Mitty soundtrack album.