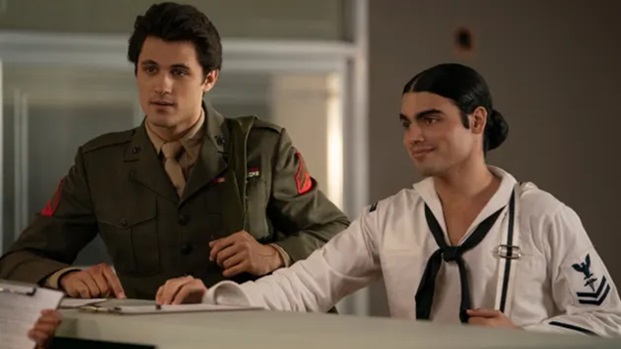 Legendary American-French singer Josephine Baker’s ‘Paris Chéri‘ was one of the tracks played on The Winchesters last night — The Winchesters, Season 1, Episode 4, “Masters of War”.

The latest episode of The Winchesters revolves around the gang investigating the strange death of a war veteran, homas “Patches” Pasternak.


Baker’s ‘Paris Chéri’ is played on the episode as we see Patches being attacked in the hospital.

The lyrics of the track are about Baker’s love for Paris, a city she moved to when she was in her early 20s and, detesting living in America, remained living in for most of the rest of her life.

During Word War II, Baker was recruited by the French Resistance, and spent years passing on secrets she learned while performing at high-level parties in embassies, night clubs and private homes attended by top-ranking German and Japanese officials.

After the war, Josephine Baker was awarded various medals by the French government, as well as named a Chevalier of the Légion d’honneur by General Charles de Gaulle.

Josephine Baker’s ‘Paris Chéri’ was released on several albums over her decades-long career, and even re-released after her death of a cerebral hemorrhage in April, 1975.

Listen to Josephine Baker’s ‘Paris Chéri’ as heard on last night’s episode of The Winchesters in the video, and on Baker’s album C’est Vous below.

The Winchesters is currently airing on The CW.