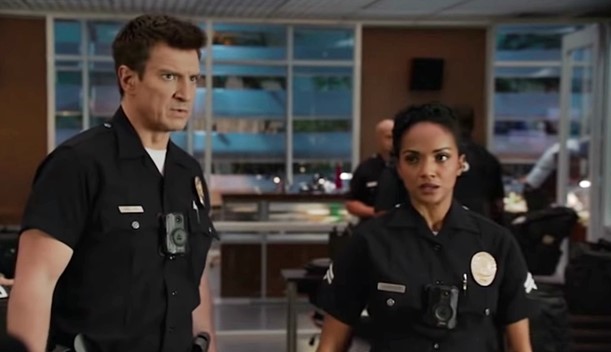 The song was played as Tim is apologizing to his sister, and then promises her he will take care of the family’s home.

Joshua James’ ‘High Low‘ is from the singer’s 10th studio album Forever In Life, For Now, which was released earlier this year and was dedicated to a close friend who had died the previous year.

The guitar driven song has a lovely melody, a rich, head-nodding beat and, of course, there’s James’ quirky, slightly husky voice that just makes you want to listen for hours.

James himself has been releasing music since 2006, and has slowly carved out a career for himself not only as a successful independent artist creating albums his fans love, but also a musician who does extremely well licensing his music for hit TV shows.

In just the last decade, Joshua James’ songs have appeared on shows like Life Unexpected, Sons of Anarchy (many times), Bates Motel and Pretty Little Liars.

Listen to Joshua James’ ‘High Low‘ as heard on The Rookie on Sunday in the video and on his latest album.

The song really is lovely.