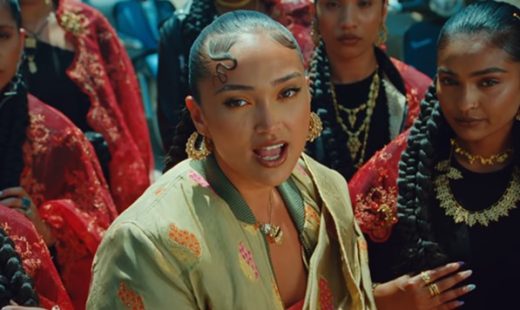 Crookes’ catchy, soul-influenced, husky-voiced ‘Feet Don’t Fail Me Now‘ is the lead single from the singer songwriter’s debut studio album Skin, which was released via the Sony and Insanity labels in October last year.


The album was a big success for Crookes, making it to the #5 spot on the UK Albums chart, as well as charting in six other European countries.

Crookes herself has also become a pretty big deal in the UK, with critics raving about the singer and her music, and with the singer being nominated for the prestigious Rising Star Award at the 2020 Brit Awards.

Listen to Joy Crookes’ ‘Feet Don’t Fail Me Now‘ as heard on Station 19 in the song’s lavishly colored music video, which features Crookes in almost Bollywood-style scenes riding motorbikes, and partying with friends.

You will also find her album Skin below, and it too is well worth a listen.

Meanwhile, the current season of Station 19 is airing on ABC, and you can listen to more songs from Station 19 on Leo Sigh.

Learn more about Joy Crookes via the singer’s official website.