American indie acoustic rock singer songwriter Jude’s ‘Everything I Own‘ was played on the NBC family drama This Is Us this week — This Is Us, Season 5, Episode 9, “The Ride” (the episode aired on February 23rd, 2021)

The song is Jude’s cover version of the soft rock band Bread’s iconic track released way back in 1972 as the second single from the band’s fourth album Baby I’m-a Want You,

Jude’s version of the song was recorded for his fourth studio album King of Yesterday, which was unfortunately released on September 11, 2001 — the day two American passenger planes, the World Trade Center and the Pentagon were targeted by terrorist attacks.

Needless to say, during that terrible time in American history, Jude’s album faded into almost obscurity.

Soon afterwards, Jude dumped his record label Maverick and signed with French label Naive records. A label he has been with ever since. 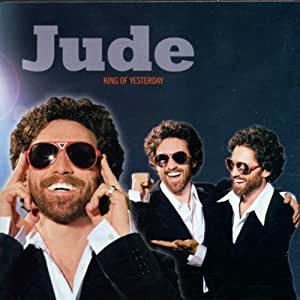 Jude’s ‘Everything I Own‘ is also not the only cover version of the hit song that has been recorded. Artists like Boyzone, Chrissie Hynde, Shirley Bassey, Jack Jones, Edison Lighthouse, ‘N Sync, Cilla Black and country singer Crystal Gayle have also released their own covers of the popular track.

Listen to Jude’s cover of ‘Everything I Own’ as heard on last night’s This Is Us in the video below, and on his album King of Yesterday. which you’ll find in the Spotify player down there as well.

His version has been well-liked by TV show music supervisors to the point that the song has also been played on Crossing Jordan, Roswell and, most recently, on Smallville.