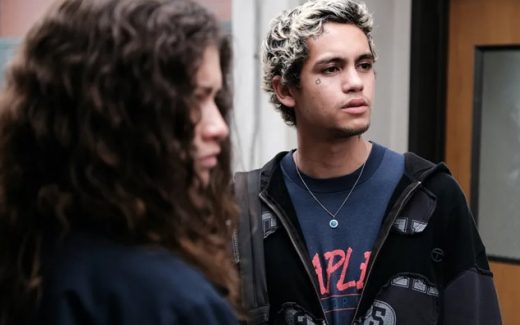 The iconic Judy Garland’s ‘Come Rain or Come Shine‘ was one of the tracks played on this week’s episode of Euphoria on Hulu — Euphoria, Season 2, Episode 2, “Out of Touch” — January 16th, 2022.

The song was played as we see Maddy at Theo’s house trying on his mother’s clothes.


Judy Garland’s ‘Come Rain or Come Shine‘ came out in 1956 on her self-titled album via Capitol Records.

She released it again five years later on her Judy at Carnegie Hall album.

It is one of many versions of the song, which was originally written for the Broadway musical St. Louis Woman in 1946, with megastars like Frank Sinatra, Bette Midler, Barbra Streisand, Willie Nelson, Etta James and Connie Francis also recording their own versions.

Listen to Judy Garland’s ‘Come Rain or Come Shine‘ from last night’s Euphoria on her Judy album, and in the video.

She also gave an incredible live performance of the song on her The Judy Garland Show in 1964 that is quite astounding to watch, and makes it easy to see why Garland became the superstar she did.

Watch that down below too, and listen to more songs from this week’s episode of Euphoria on Leo Sigh.