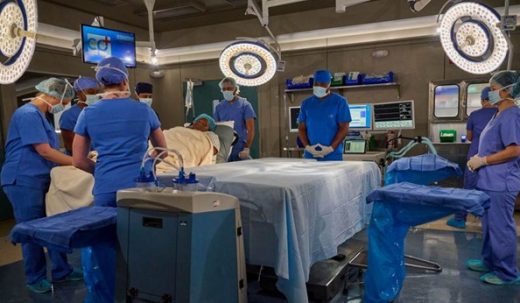 Los Angeles based singer songwriter Juneau Lake’s ‘Whatever You Say‘ was one of the tracks heard on this week’s The Resident medical drama — The Resident, Season 5, Episode 12, “Now You See Me“.

The nostalgic sounding song was the track playing as the extremely overweight woman Roxie’s surgery begins.


Juneau Lake’s ‘Whatever You Say‘ is the lead single from the singer’s debut EP Wish You Were Here, which came out in 2019 via General Admission Music.

It is also his first song licensed for a hit TV show.

The song is one of those quiet tracks you listen to once, think you’ll forget, but then can’t get it out of your head.

What with its steady beat, sweet mellow melody and Juneau Lake’s almost falsetto vocals, it really does suck you in.

Listen to Juneau Lake’s ‘Whatever You Say’ from last night’s episode of The Resident, and, if you like his sound, the singer’s Wish You Were Here EP has four more tracks on it that are equally as sweet.

Check that out down below on both Spotify and Deezer, along with a slew more songs featured on The Resident on Leo Sigh here.

Season 5 of The Resident is now airing on the Fox network.