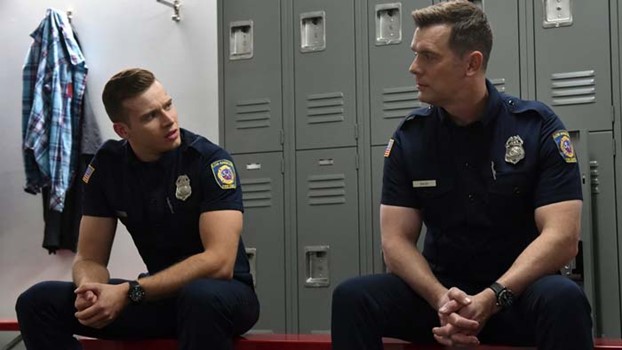 American singer songwriter and producer Justin Timberlake’s ‘SexyBack‘ (feat. Timbaland) was played on the soundtrack of 9-1-1 yesterday — 9-1-1, Season 4, Episode 11, “First Responders” — which aired on May 3rd, 2021.

The song was heard as Josh is arriving at his stenography job.


Justin Timberlake’s ‘SexyBack‘ was the lead single from the singer’s sophomore studio album Future Sex/Love Sounds, which was released in 2006 via Jive Records.

The track features Timbaland, and is a much more rock style song than Timberlake had recorded previously.

‘SexyBack‘ was an enormous hit for Timberlake and Timbaland. The song won a Grammy for Best Dance Recording, as well as becoming Timberlake’s first number 1 song in the United States.

The track went on to chart in 22 countries, making it to the top spot in 9 countries and on 12 different charts. In the U.S., Timberlake’s ‘SexyBack‘ charted on seven different charts, hitting #1 on three of them — the Billboard Hot 100, the Dance/ Mix Show Airplay chart, and the Mainstream Top 40.

It was also certified Gold or 3-5x Platinum in six countries.

The ‘SexyBack‘ music video was shot in Barcelona due to the atmosphere of the city and its distinct architecture, and features Timberlake and Spanish actress Elena Anaya as spies.

The song has also been so successful with Music Supervisors, it was not only used for last night’s 9-1-1, but also on shows like Cold Feet, Love Island (UK), CSI: NY, and Friday Night Lights.

Listen to Justin Timberlake’s ‘SexyBack‘ (feat. Timbaland) as heard on 9-1-1 in both the official music video and on his sophomore studio album.

Since its release, Timberlake has become one of America’s most iconic singers with an extremely successful career in recording and producing.

He has won 10 Grammy Awards and a whole slew of other awards, as well as selling more than 32 million albums.