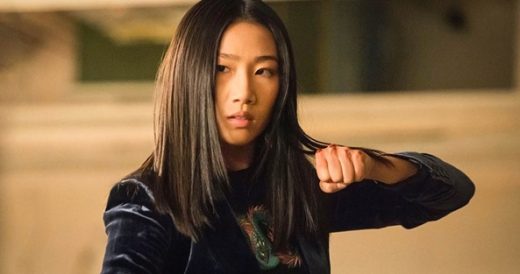 The song was played during the scene montage as Dennis learns about a major family secret, and as Sebastian is confronting Chase’s bodyguard.


K. Flay‘s ‘Good Girl‘ is from the singer’s latest studio album Inside Voices / Outside Voices, which was released in early 2022 via BMG.

The catchy song’s lyrics are all about wanting to be more self-destructive as she is so tired of ‘being nice’, because ‘nice’ isn’t interesting and often doesn’t make you happy, right?

Listen to K. Flay’s ‘Good Girl‘ from Kung Fu in the video, and on her Inside Voices / Outside Voices album.