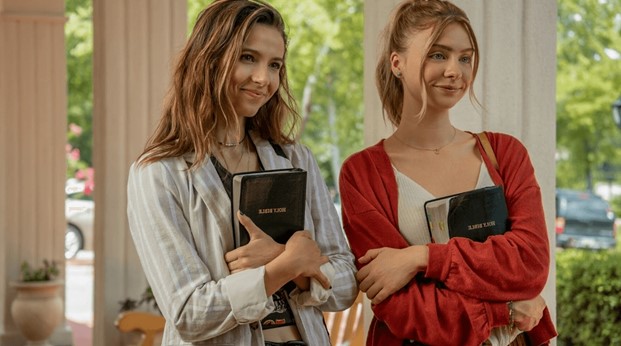 The song was played during the episode’s closing scenes.

Kacey Musgraves’ ‘Rainbow‘ is the fifth single release from her third studio album Golden Hour, which was released in February, 2019 via MCA Nashville and eventually won a Grammy for both Best Country Album and Album of the Year.

The music video for ‘Rainbow‘ was also awarded Music Video of the Year at the Annual Country Music Association Awards.

The track itself was co-written by Musgraves, Shane McAnally and Natalie Hemby and was certified Gold in the United States.

Musgraves commented that she wrote the track as a song that would hopefully become one of hope for anyone who was facing adversity.

She specifically mentioned the LGBTQ community, hoping it would give people in that community the courage and strength to face up to the adversity so many face daily.

Listen to Kacey Musgraves’ ‘Rainbow‘ in the official music video below. The video features Musgrave singing the song in various scenes, along with portrayals of people facing different kinds of struggles.