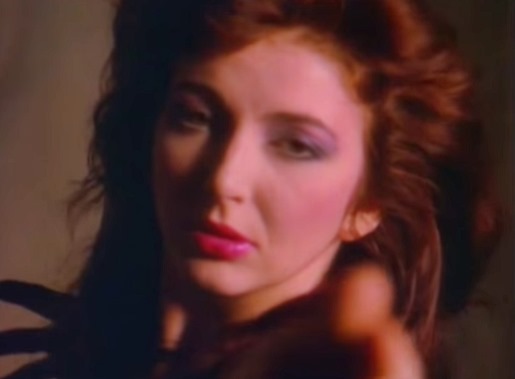 The Netflix sci-fi horror Stranger Things Season 4 is now streaming on Netflix and, as usual, the new season features superb music on its soundtrack.

Music like Kate Bush’s ‘Running Up That Hill (A Deal with God)‘, which showed up on Stranger Things, Season 4, Episode 1, “Chapter One: The Hellfire Club“.


That song was playing on Max’s headphones while she is at school.

Kate Bush‘s ‘Running Up That Hill (A Deal with God)‘ is one of the British singer songwriter’s most famous songs.

It was released in 1985 as the first single from her Hounds of Love album, and went on to hit #3 on the UK Singles chart, as well as to chart at #30 on the Billboard Hot 100 chart.

The song then charted high in 11 more countries, while eventually being certified Platinum in the United Kingdom.

Bush herself has said she wrote the song about the misunderstandings between men and women and about how, if men and women could change places through ‘a deal with God’, we would probably understand each other a lot more.

Listen to Kate Bush’s ‘Running Up That Hill (A Deal with God)‘ on her phenomenal Hounds of Love album, and in the song’s official music video below.

The video itself is known for Bush’s use of interpretive dance to express her and her partner’s emotions.

And, as a side note, since the songs use on the new season of Stranger Things, Bush’s ‘Running Up That Hill‘ has shot back up the iTunes charts. Well deserved for one of the UK’s most brilliant artists.