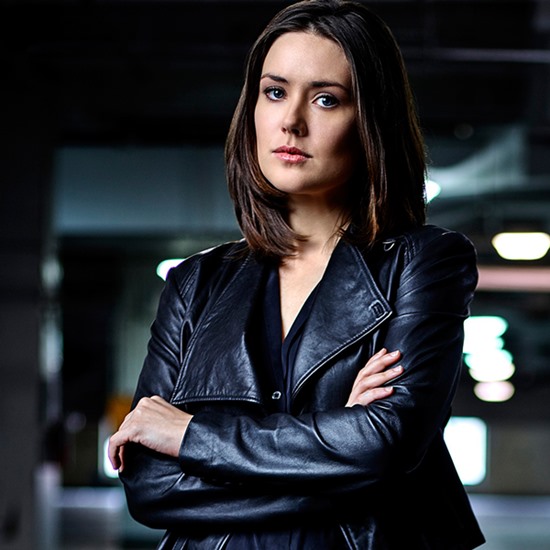 Singer, songwriter and actor Kate Garfield’s ‘It’s a Long Way Down‘ was played on last night’s episode of the crime thriller The Blacklist — The Blacklist, Season 8, Episode 7, “Chemical Mary” — which aired on NBC on February 19th, 2021.

The song was heard as Cooper and Reddington are watching the airport’s surveillance camera footage, and believe it was Elizabeth Keen that was taking the flight.

The orchestral backed track is big, powerful and almost threatening in its emotion.

Kate Garfield’s ‘It’s a Long Way Down‘ is one of several songs the singer has had featured on hit TV series in the last couple of years.

Features including on shows like Riverdale, Teen Wolf, Station 19, Reign, The Originals, Siren, Proven Innocent, Marvel’s Cloak & Dagger and this week’s The Blacklist.

Garfield is also known for playing the role of Dana on the teen drama series Legacies, as well as for small roles on Nashville, Sleepy Hollow and Army Wives.

Listen to Kate Garfield’s ‘It’s a Long Way Down‘ as heard on The Blacklist in the video below and on the Spotify widget.