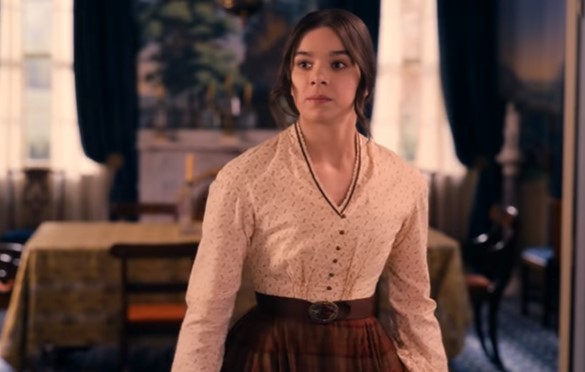 Canadian singer songwriter Kathleen Edwards’ ‘Hard on Everyone‘ was played on Dickinson last night — Dickinson, Season 3, Episode 1, “”Hope” is the thing with feathers“.

Kathleen Edwards’ ‘Hard on Everyone‘ is from the singer’s fifth studio album Total Freedom, which was released in 2020 via Dualtone Records.

The album charted in the #24 spot on the Canadian Albums chart, as well as charting on the U.S. Billboard 200 chart.

It also received acclaim from critics.

Listen to Kathleen Edwards’ ‘Hard on Everyone‘ on both her Total Freedom album, and in a cool live performance she gave of the song at Quitters coffee shop during her album release party.

Tthe coffee shop, by the way, is owned by the singer herself. How cool is that?

The singer herself currently has five albums out, three EPs and a slew of singles.