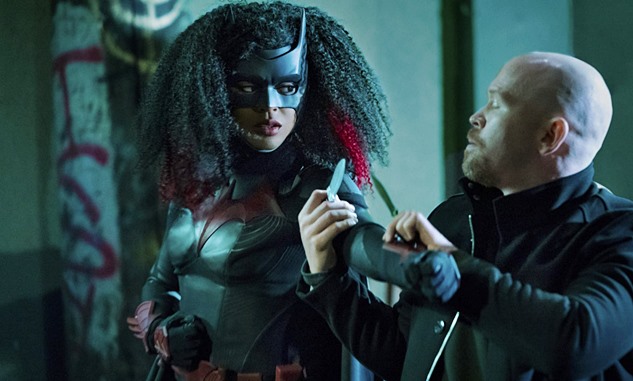 American singer songwriter Katie Garfield’s ‘Run‘ was one of the tracks played on the new episode of Batwoman last night — Batwoman, Season 2, Episode 8, “Survived Much Worse” — which aired on March 21st, 2021.

The song was heard playing as Ryan is halo jumping down to Coryana from the mail carrier plane.

Katie Garfield’s ‘Run‘ was self-released as a stand alone single earlier this year.

The song is a powerful track with a cool, heavy beat, all amplified by Garfield’s soaring vocals.

Garfield herself is a singer, songwriter and actress that has also recently had songs featured on shows like Station 19, Riverdale (many times), Teen Wolf, The Originals, Reign, Siren and The Blacklist.

She has also acted in TV shows like the fantasy series Legacies.

Listen to Katie Garfield’s ‘Run‘ as heard on Batwoman in both the video, and on the Spotify player below.