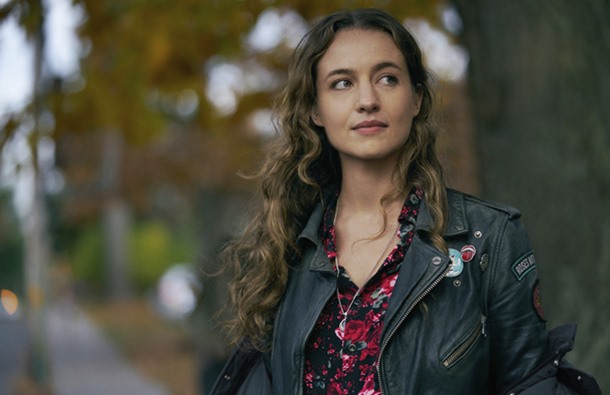 The track was heard as Danny freaks out and then blurts out his feelings.

Katie Kim’s ‘Day is Coming‘ is from the singer’s Salt album, which was self-released in 2016.

The album was nominated for the RTÉ Choice Music Prize Album of the Year in Ireland.

Her music has also been featured on the TV series The A List, with Kim’s ‘Day is Coming‘ also being licensed for play on the Wild Wild Country documentary series back in 2018.

Kim herself seems to have struggled in finding a record label willing and able to distribute her music to the wide audience it deserves.

She eventually partnered with AWAL for distribution, and is currently working on new music.

Katie Kim’s mesmerizing ‘Day is Coming‘ also arrived with a gorgeous black and white music video featuring a side view of the singer performing the track, interspersed with shots of people slowly climbing a desolate, misty mountain.

Listen to Katie Kim’s ‘Day is Coming‘ from The Republic of Sarah in that video, and on her Salt release down below.

The Republic of Sarah is currently airing on The CW.