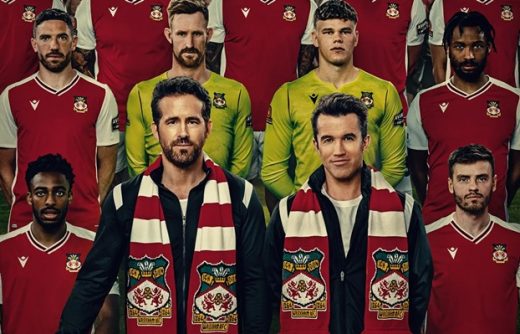 American country blues/American musician Keb’ Mo’s ‘The Times They Are A-Changin‘ was played on the soundtrack of the new Hulu documentary Welcome to Wrexham this week — Welcome to Wrexham, Season 1, Episode 2, “Reality“.

The track was released in late 2004 on Keb’ Mo’s blues/jazz album Peace…Back by Popular Demand, which came out on the Sony label.


It was a cover of the original Bob Dylan song, which came out in 1964, and was an anthem about how fast things were changing in society.

Included on Keb’ Mo’s Peace…Back by Popular Demand album were other cover songs, including John Lennon’s ‘Imagine‘, Buffalo Springfield’s’ ‘For What It’s Worth‘ and Marvin Gaye’s ‘What’s Happening Brother‘.

As for the Hulu documentary Welcome to Wrexham, it documents the story of how American actors Rob McElhenney and Ryan Reynolds decided to buy the struggling Wrexham football club, and try to improve its football match results.

Listen to Keb’ Mo’s ‘The Times They Are A-Changin‘ as heard on episode 2 of Welcome to Wrexham on the musician’s Peace…Back By Popular Demand album, and in the video.

You can watch the four-episode docuseries Welcome to Wrexham via Hulu.

Hulu describes the second episode of the series like this:

Wrexham Football Club attempts to qualify for the playoffs as their new owners try to (very quickly) learn the ins and outs of a game and an industry they know nothing about.