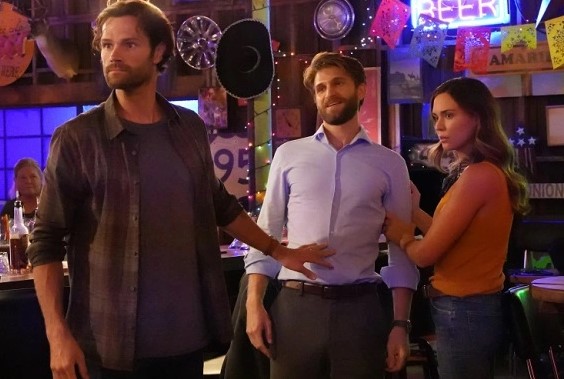 Los Angeles-based space blues, glam rock band KOLARS’ ‘Not Alone‘ was heard on the first episode of the latest season of the crime drama Walker this week — Walker, Season 2, Episode 1, “They Started It“.

The song was played as Walker, Trey and Liam are on a run, and they talk about Micki being away.

KOLARS’ ‘Not Alone‘ is the latest single from the indie band. The cool rock track was self-released earlier this year.

The band itself was founded by Rob Kolar and Lauren Brown — members of the glam folk, folk rock band He’s My Brother, She’s My Sister — and released its self-titled debut album in 2017 to critical acclaim.

KOLARS’ ‘Not Alone is also one of several tracks the duo has had licensed for play on hit TV series in the last few years, including songs on show’s like Younger, Shameless, YOU and Lucifer.

Listen to KOLARS’ ‘Not Alone as heard on last night’s Walker in both the video and Spotify player.

Season 2 of Walker is airing on The CW.